Reading about dental health is a great way to overcome insomnia. But if you spend the next two minutes of your life reading what's below, it'll change your way of thinking AND you won't need to make regular appointments or pay ridiculously high dental bills every year.

Just two minutes of your time for a genuinely beneficial lifestyle improvement......

Gum Disease Can Penetrate Deep Down

You probably haven’t heard of Dr Joseph Phillips (1922 - 2003). Despite the considerable onslaught of opposition he faced, he spoke plain common sense in the world of dentistry.
He told me how modern day dentistry was losing its way. Instead of teaching people how to prevent tooth decay and gum disorders from developing, dentistry had become an income churner by recommending procedures that weren't that necessary.

I Admired Him For Many Reasons.....


1. Surgery? No thanks! When Phillips was 16, his dentist told him he needed a gingivectomy (gum surgery) to save his teeth. Phillips refused and told his dentist he was going to find a better way than surgery. The dentist laughed.
After reading a Current Events magazine article “Strange Customs of People in Foreign Lands.” in which the Masai tribe of Kenya used the frayed end of a mustard tree twig to clen their teeth, Phillips expanded on the concept and set about developing his own brush and technique.
When Phillips returned to his dentist’s office some time later, the dentist couldn’t believe what he saw - all traces of periodontal disease had disappeared without surgery. The dentist exclaimed “I don’t know what you’re eating, but keep eating it!”

2. The Challenge No Dentist Rose To. When Phillips became a dentist himself he was so exasperated at the unnecessary treatments and poor advice given to patients by many dentists that he issued a provocative challenge: “I’ll give any dentist $1,000 if he shows me any person that has to lose his teeth,” When the media got hold of this Dr Phillips became an overnight sensation.
US$1,000 dollars in the 1970’s was a considerable amount of money to bet. He received many angry letters from dentists around the world yet not one of them attempted to win the prize. The American Dental Association even tried to sue him, unsuccessfully.

3. Dr Phillips 1972 book ‘Acquiring and Maintaining Oral Health’. On Page One of his book, he wrote: “I wish to thank my wife and children, who in our 24 years of maintaining a household, have never had dental cavities, calculus, or bleeding gums [even though their ancestors were plagued with all three problems], thus proving the effectiveness of the Blotting Technique and total mouth hygiene.”
Dr. Phillips and his wife went on to have nine children, not one of them having any dental cavities, calculus or bleeding gums. I know this because I often spoke with their ninth child, Paula.

4. The Illusion of Gum Disease: Dr. Phillips wrote: “If your dentist says “you have to brush more because you have plaque on your teeth” and the next time you see him he says “you have to brush still more and floss more because your gums are bleeding” and he suggests that you see the hygienist more often for cleaning your teeth, you will soon be a candidate for deep curettage and periodontal surgery.
Frequent brushing and flossing, cleaning by the hygienist and gum surgery never cure periodontal disease. As time goes on this leads to more curettage and surgery, and eventually, extraction of the teeth. The truth of the matter is that brushing and flossing can cause periodontal disease. Cleaning under the gums daily will keep the disease from getting started and, in most cases, will heal the gums.
By using a special bristled brush with much the same texture as a paint brush, it can draw plaque from underneath the gum and heal gum disease in over 98% of the cases. This will also keep the gum disease from recurring.”

Being a periodontist (gum specialist) Dr Phillips understood the relationship between the teeth, the gums, the tongue and other parts of the mouth. He’d trained as a periodontist and later went on to teach dental surgery at UCLA.
In the late 1960’s he started developing a special bristled brush designed to clean out the gingival crevice using a ‘blotting’ or ‘dabbing’ action, instead of brushing from side to side or up and down.
This brush requires no toothpaste. You read that right - no toothpaste, no essential oils and no applications of any type on the end-rounded textured bristles, designed for maximum plaque-removing efficiency. Since then the brush has remained the brush of choice with those who understand its remedial properties.

How Blotting Can Change Your Health
• eliminate gum disorders and prevent any recurrence
• tighten gum elasticity around your teeth
• destroy plaque
• eliminate bad breath
* prevent tooth decay
• ...and you can use the brush to scrape your tongue

A Tap On The Shoulder

In one of our conversations, Dr Phillips recalled an occasion when someone tapped him on the shoulder in a Mid-West store: “Are you Dr Phillips?” the man asked. “Yes I am” Dr Phillips replied “but forgive me as I don’t recognise you and I’m usually good with faces.”
The man replied “We never met. I was in your audience about 18 years ago and I remember you telling us that if we ‘blotted’ regularly we would have minimum dental problems.”
The man continued “My colleagues at that talk went on to the next idea and the latest gadgets and have since spent thousands on their teeth.
I did exactly as you suggested and have had few problems and minimal cost. I simply wanted to thank you for that valuable information.”

"No surgery has ever cured periodontal disease. Surgery shouldn't be done until the mouth is healthy; surgery being only a post healing reconstructive procedure." Dr. J.E. Phillips

From 'What Doctor's Don't Tell You':

Since childhood, we’ve been taught to “brush in circles” twice a day for at least two minutes, but all this toothbrush coaching has not put a dent in adult tooth loss, mostly related to gum disease. In the 1960’s Joseph Phillips, a little-known periodontist, thought the solution might lie in the way we brush our teeth. Phillips considered traditional brushing “primarily a cosmetic exercise” that only sweeps plaque under the gums - like a broom sweeping debris under the edge of a rug.
Looking at the habits of people from tribes in Africa like the Masai, who only chew on twigs of the mustard tree, Phillips developed a revolutionary toothbrush.
The Phillips brush looks like a regular toothbrush, but each of its bristles is a hollow filament that acts like a miniature straw, drawing plaque inside its tube. “Through a capillary-like action, the plaque is drawn out and not just disturbed as it is by brushing and swept under the gum", he explains in a demonstrative video on YouTube.
Rather than brushing in the traditional way which leaves most of the plaque in the mouth, Phillips’ ‘blotting technique’ involves gently tapping along the gumlines to draw plaque up and away from the teeth like a microscopic vacuum cleaner. This removes far more plaque than a toothbrush.
Phillips and advocates of his method insist the action of 'blotting' results in a dramatic reduction in gum disease and decay, fresher breath and a brighter smile. 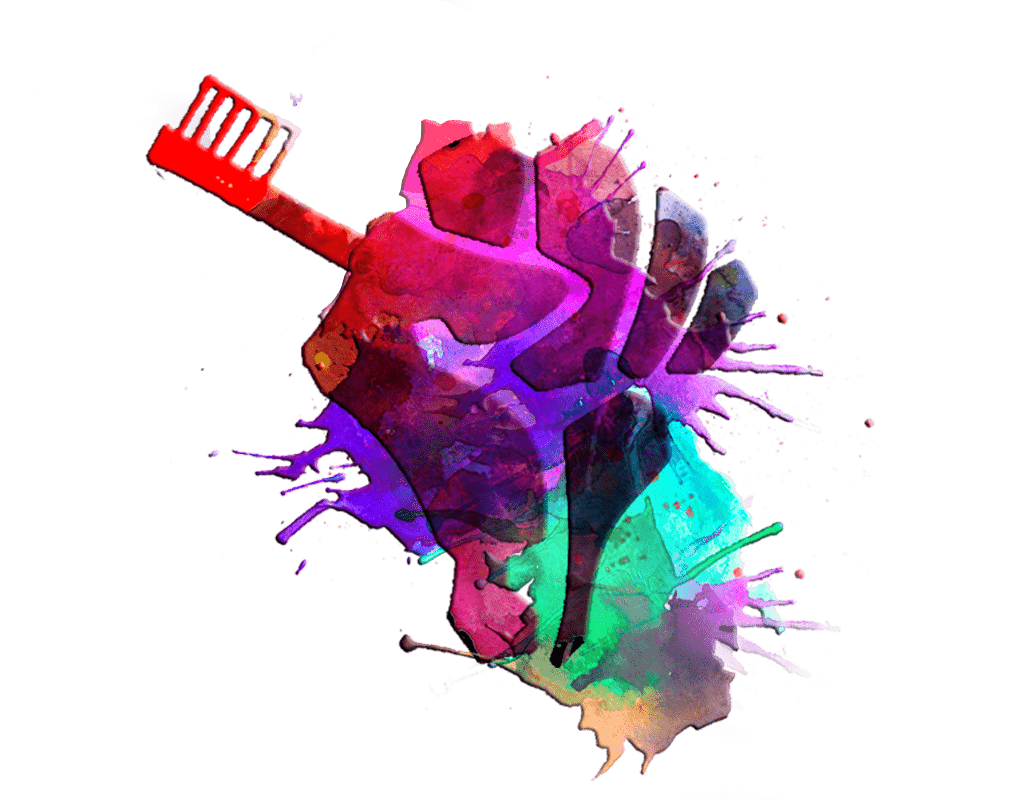 The Blotting Revolution: Phillips’ brushes are posted internationally from ToothWizards in the UK

In his 1937 book “Apes, Men and Morons”, Harvard Professor Earnest Hooten observed “Let us cease pretending that toothbrushes and toothpaste are anymore important than shoebrushes and shoepolish. It is store food that has given us store teeth.
CLICK HERE TO START USING YOUR BRUSHES RIGHT AWAY 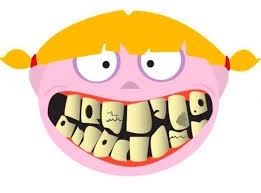